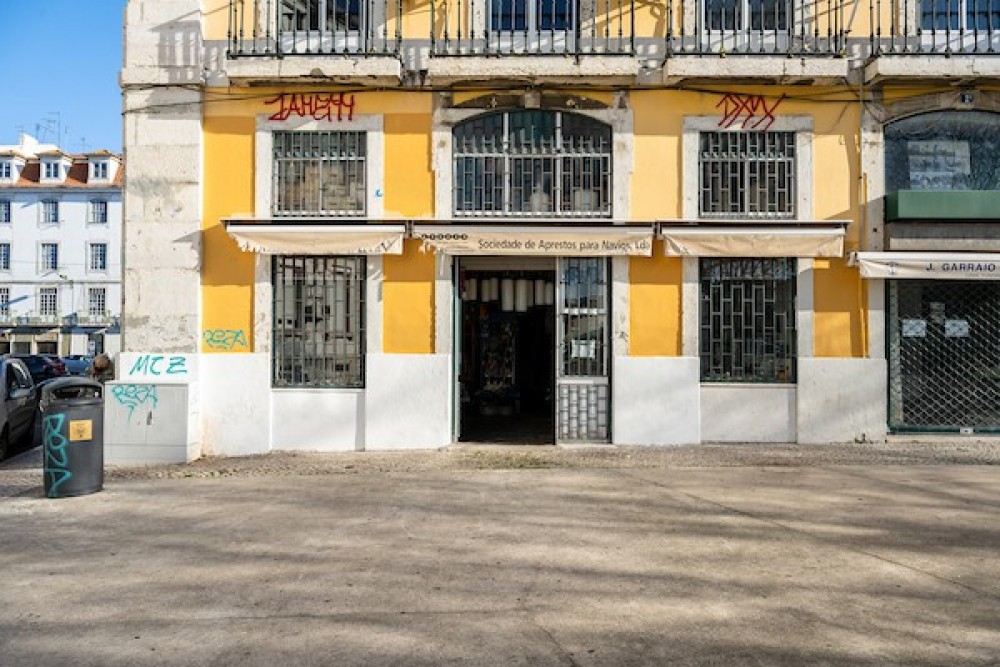 The company of “Aprestos para Navios, Lda” started its work in 1942 at “Rua da Ribeira Nova, 22-24”. Keeping the company and its name, it changed its location in 2013 to “Avenida 24 de Julho, 2 E/F/G”. This company occupied a store, “” (which closed years earlier before) which got it for trespassing on the company acquired through transfer to "Serafim A Vasques Lda”. It marketed the same products, shipping rush, thus continuing the activity hereThe previous store sold the same products, maritime equipment, thus giving continuity to the same activity carried out since always and also developed by the company of “Aprestos para Navios”.

Sociedade de Aprestos para Navios, Lda. It is one of the last maritime equipment stores that remain in operation in Cais de Sodré, where there were eight in the past. It This is an activity and a commercial specialty that was predominant in the area, both in commercial spaces and in marine workshops factory and which is now reduced to two adjacent stores spaces.
To this landmark in the city arrive former customers either from of the store in “Ribeira Nova” and of or from the new firm acquired in the new space are present, being professionals linked to the naval shipping activity, both portuguese and foreigners.
As one of the naval equipment stores in Cais do Sodré, its existence is affirmed as a stronghold of an activity rooted in Portuguese history and culture and which that originated in the 15th-16th centuries , heyday of shipbuilding and repair in the city of Lisbon. 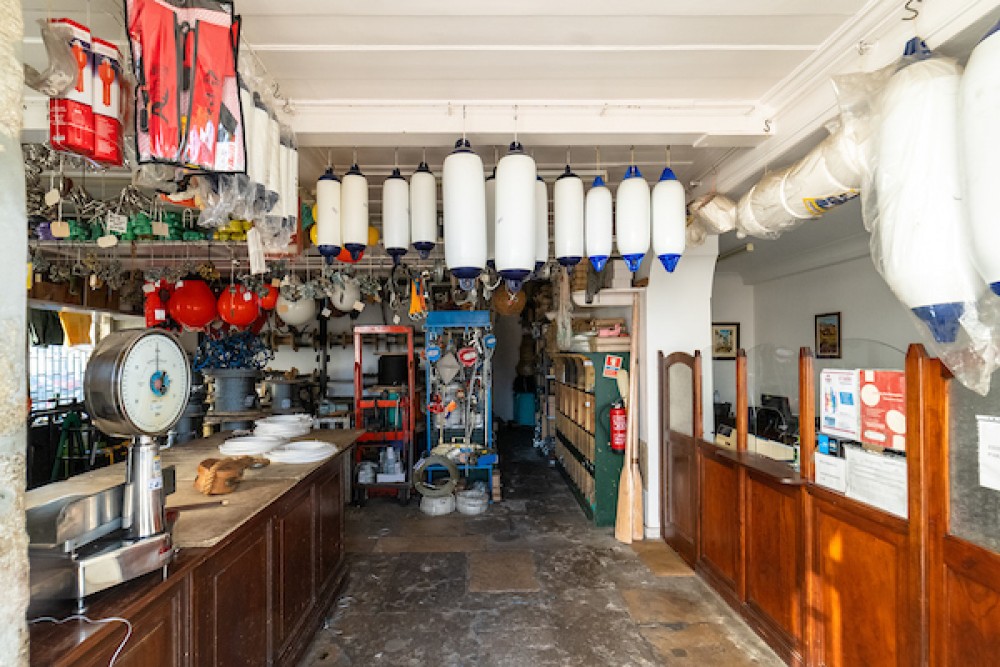