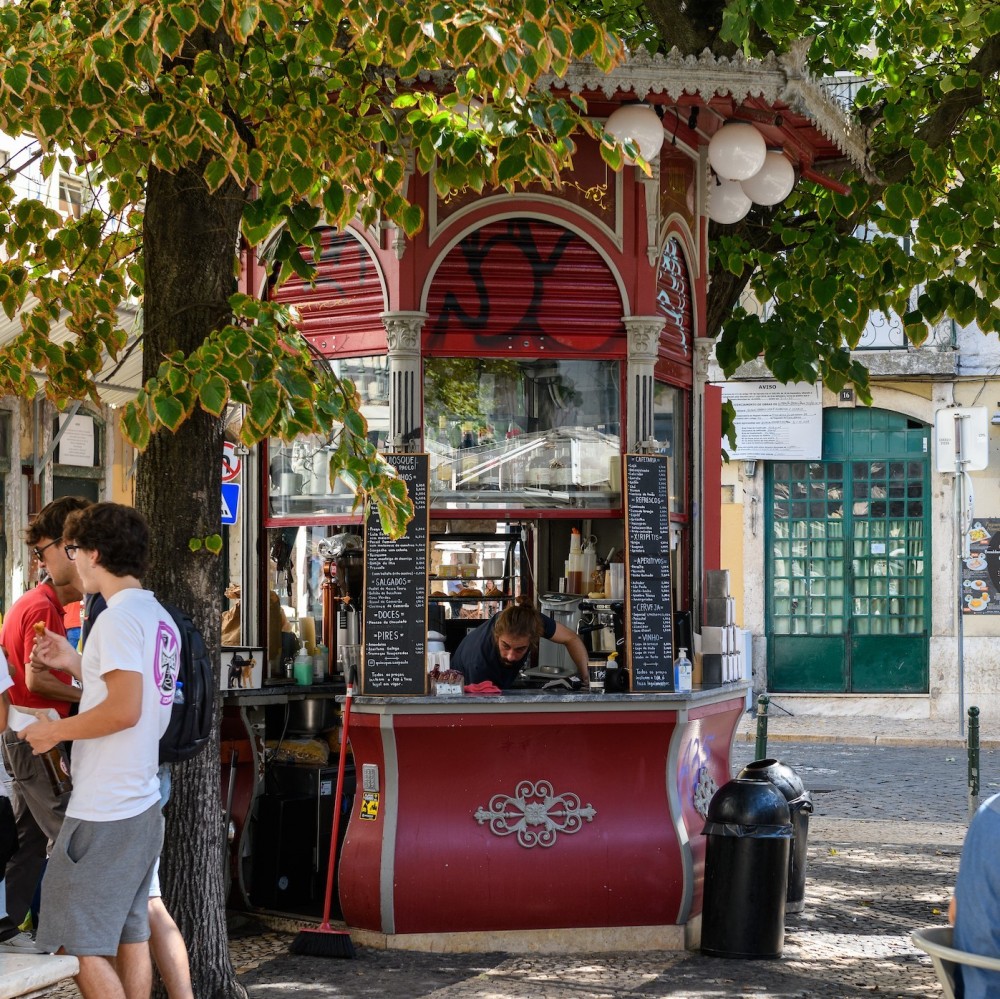 The São Paulo Kiosk, located in Praça de São Paulo, owes its appearance to Januário da Silva, who since 1903 had been exploring in that place, then called Largo de São Paulo, a refreshment table where he sold capilé, having in 1914 presented a project to Chamber for the construction of the kiosk.
Registered in deed dated 09/25/1914, the CML Executive Committee granted Januário da Silva’s request/request, authorizing the placement of the kiosk and the lease of the land (where it is located), “for the exclusive sale of tobacco, matches, smoking articles, newspapers, printed matter, lotteries and flowers” ​​prohibiting “transferring or subletting these licenses, which can only be enjoyed by their owners or their family members.”. The referred document has a final date of 07/08/1944. (two).
Januário da Silva sells the kiosk to António Castanheira in 1920.
In 1932, the City Council grants the sale and transfer of the “surface of land” to António Castanheira Duarte “for the reasons he claims for a basement to store the aforementioned kiosk” and the license to operate the establishment of alcoholic beverages by the glass, date from 1940. The oldest is the Civil Government license for the sale of wines and their derivatives, bottled and by the glass, which dates from 11.16.1936.
The São Paulo Kiosk remained in the possession of the Castanheira family for three generations, having been owners António Castanheira Duarte, José Manuel Soares Castanheira and, on his death, his wife Maria do Rosário Castro da Silva Castanheira.
The current owners, Catarina Portas and João Regal of the commercial company Quiosque Refresco, Ld., will have acquired the property in 2014, and the commercial establishment is currently operated by the company Taberna da Rua das Flores, Ld.

The São Paulo Kiosk, designed in 1914, is one of the oldest kiosks in Lisbon, always in operation, with the particularity of being a private property since 1932.
One hundred years after it was designed, it was integrated into the Quiosque de Refresco chain, owned by Catarina Portas and João Regal, current owners, and is currently operated by André Magalhães (journalist and entrepreneur in the restaurant and beverage industry and also manager of Taberna da Rua das Flores). .
As a result of the commercial vision of the new owners and the manager, the business model implemented is based on the offer of Portuguese drinks, refreshments and snacks, well known to Lisboners but, for the most part, fallen into disuse.
Inspired by the old and traditional offer of Lisbon kiosks, a specific menu was created for this establishment, which includes sangacho sandwiches, fried squid sandwiches, crackling sandwiches, or ham and cheese from the island, along with blackcurrant drinks, elderflowers, capilés or mazagrans, aperitifs and xiripitis, and the traditional galões and boys, broths, rice cakes, rocks and milk bread with marmalade, etc.
Kiosque de São Paulo is currently one of the few spaces that offers a service similar to the taverns and liqueurs of old Lisbon, to the taste and delight of lovers of flavors and popular snacks.