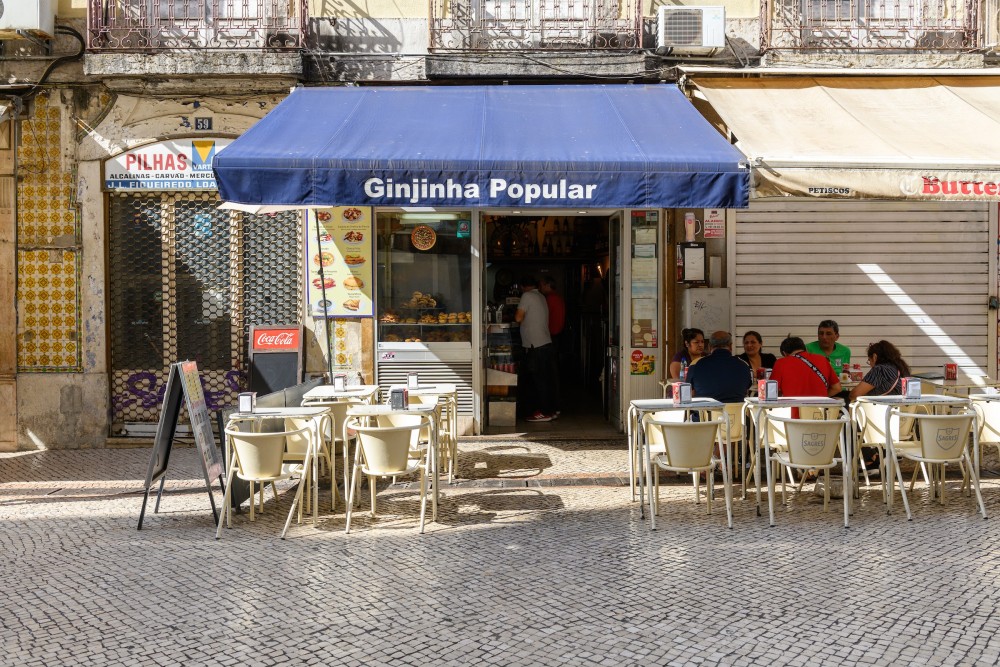 Ginjinha Popular was founded by the firm Salgado & Martins in 1931, as stated in a Business licence of 24 February 1931 and in a process of alterations to the building fraction, also from 1931 . The registration of the trademark “Ginjinha Popular” at the Industrial Property Office was carried out at the request of the company “Salgado e Martins Lda.”

It sells Ginginha Sem Rival, from the shop on the same street. Started selling that cherry liquor in the '60s of the 20th century, wen the previous owner stopped having his own production (a special Christmas liquor of candied fruit , exclusive of this store).
Despite the tourist and real estate dynamics that have occurred in that street and the following social and urban transformations, this shop has remained a meeting point for residents of the area nearby.