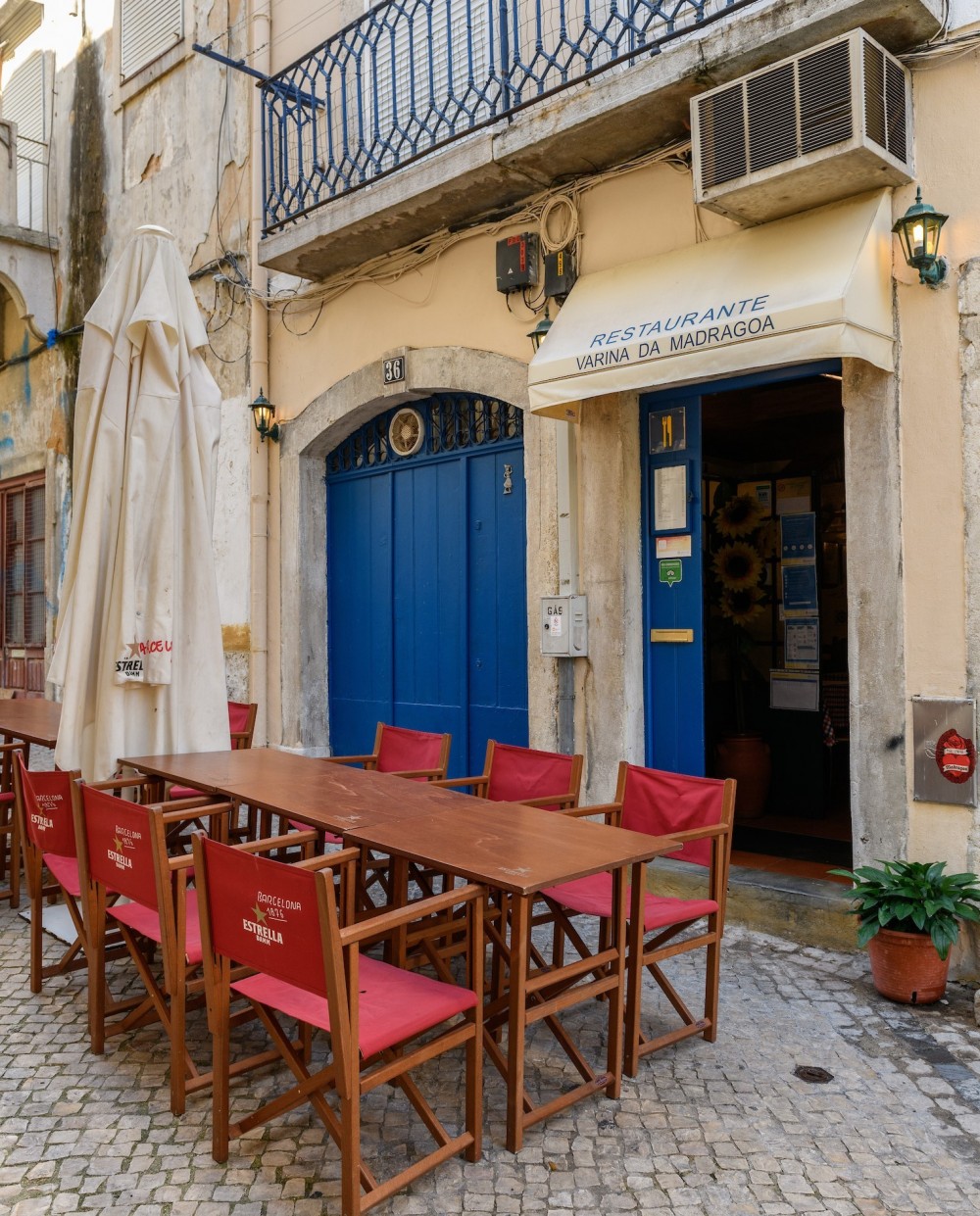 It is known that in 1939 the current restaurant space “Varina da Madragoa” was occupied by the “Mercado das Meias”. In 1940, an Alvará was issued to own a drink establishment in the name of José de Almeida Figueiredo for that same space. In the deed of incorporation of the Firm Fernando e Vaz limited, dated 1945, and founded by Jacinto Fernandes and Manuel Vaz da Silva, a House of Wines and Food (Casa de Pasto) is mentioned. In 1976, after having had several owners, the company was sold by Albino Rodrigues dos Santos and José Manuel Rodrigues to João Carlos Fernandes, António Oliveira Almeida (António Oliveira) and António Antunes Almeida. In partnership with Queiroz, António Oliveira, who was in charge of the business, reinvents the concept of the establishment, taking advantage of the pre-existing spaces and transforming the space into one of the most famous restaurants in the city of Lisbon in the 70s and 80s.

The Varina da Madragoa Restaurant acquired significance for the commercial history of the city for being one of the most emblematic and famous restaurants of the 70's and 80's in the city. “ In the heart of the popular district of Madragoa, halfway up the slopes of the Lapa aristocracy, the Varina restaurant – located in an old tavern – attracts the typical taste of the tavern with no pretensions to the refinements of traditional Portuguese cuisine (and not only), preferably served in clay, providing an authentic refuge for writers and politicians who flock there whenever there are prolonged sessions in Parliament. The name of Varina da Madragoa was the owner of the restaurant looking for it 12 years ago, in the street on the sidewalk where it is implemented and where many canasta varinas still live today. (…) Varina da Madragoa - owned by the same owner of the grocery store (on the corner above) - is honored to include in its book of subscribers the regular presences of the President of the Republic, Mário Soares, Nuno Abecassis, Pinto Balsemão, José Saramago, and many of the deputies who have already toured the Paços Perdidos. A place to visit and revisit whenever possible. But only on days when you have time to wait… because the delay (until you get a table and be served) is the biggest drawback of this pleasant restaurant.”