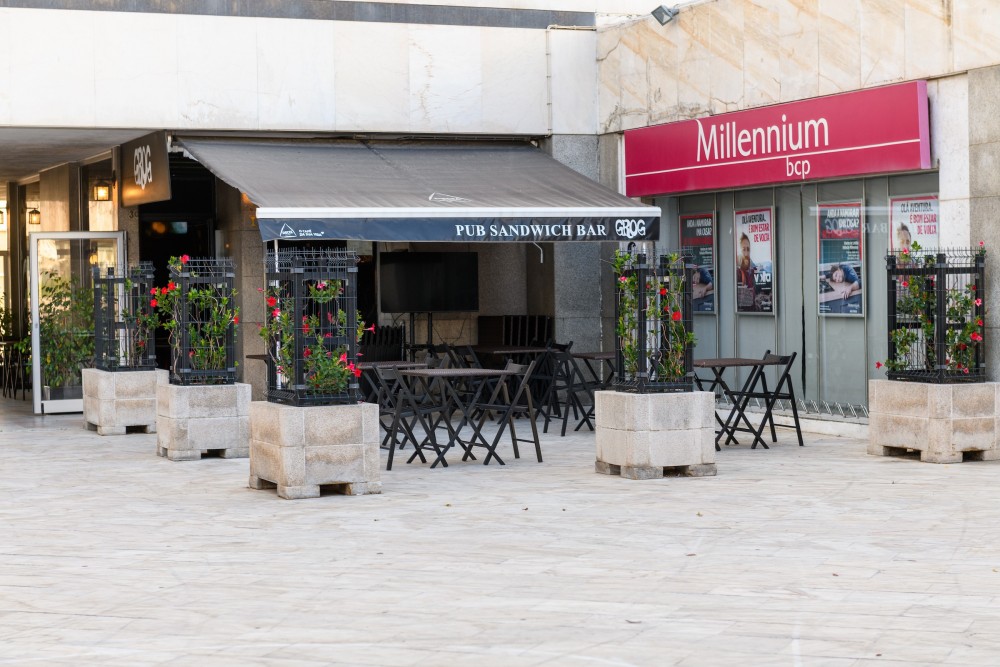 The initial lease contract for the 3C of the building located in Praça de Alvalade, for non-housing purposes, was signed on 11/01/1973.
In December 1973, a water supply contract was signed for the establishment located at the same address and already called the “GROG” bar. License 11376 (process 23320/73) of the Lisbon City Council – “license to install and operate a 3rd category beverage establishment (…) located at Praça de Alvalade, nº 3C”- was granted at the request of the firm " GROGUE – Sociedade de Exploração Hoteleira, Ltd." Founded by Jaime Lacerda and Joaquim Lourenço Marques, the bar “GROG” will have opened its doors on 23.01.1974 and would be part of the group that also included the bars: FRITZ, the one from the London cinema, the "Passeio da Avenida", the "Pão com Chouriço" from Av. 24th of July.
The establishment developed the activity of Pub, Sandwich Bar and belonged to the firm GROGUE – Sociedade de Exploração Hoteleira, Ldª represented by the managers Joaquim Lourenço Marques and João Alberto Vidal Teixeira da Silva.
On 26.10.1994, Vasco Manuel Carvalho Jerónimo and José Manuel Duarte, whose company was in the process of being established, signed a promissory contract of transfer of the establishment named GROG. Besides the cession of the commercial establishment and respective furniture, equipment and storage room (located at Av. Igreja, nº 37 sub-basement), the continuity and use of the name GROG was permitted.

Located in Praça de Alvalade, it is an ideal bar for late afternoons, with an atmosphere and decor that brings back the style of the English bar of the 70s. GROG is cozy. The meetings are an example of this.
It is well known for its toasts, some even say they are the best in Lisbon, and also for its smoothies and cocktails.
The toasts are made with traditional Alentejo bread, with rustic and delicious ingredients. There are the mixed ones, of foie-gras with pickles, the special Grog, among many other equally tempting suggestions.
In short, a rare case throughout the city, but relatively common in Alvalade: a bar on the ground floor of a residential building. The Grog is a small and cosy bar, a meetingplace for people. A “neighborhood bar” as you don't usually see in Lisbon.